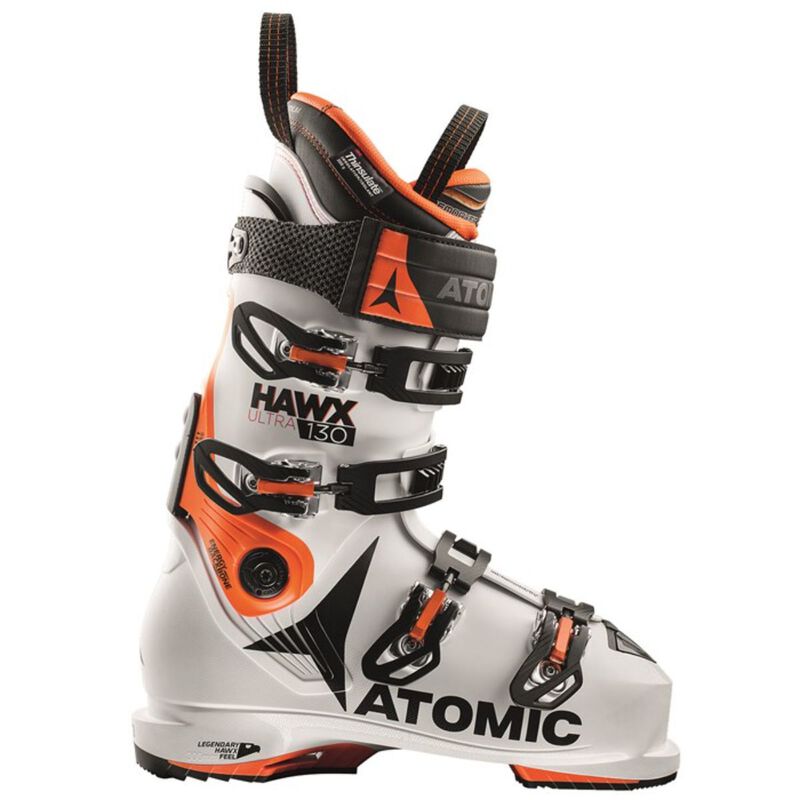 $254.97 (70% off)
Color: NO COLOR
In-Store Availability: Select color and size to see if this is available in-store Do you want to check in-store availability?
Select quantity:
Need help? Check out our buying guide!

Lightweight construction materials aren't just for touring boots anymore. Enter the Atomic Hawx Ultra 130 Ski Boots, built for unparalleled all mountain performance without weighing you down. Atomic engineers call it Progressive Fit. Using a variable thickness PU lower with a lightweight Grilamid upper, the Hawx Ultra 130's entire frame has been sculpted with thinner and thicker zones in order maximize power transmission while lowering the weight of the boot by 25%. Combined with an Energy Backbone and a stiff flex for increased response and power transmission, the Atomic Hawx Ultra 130s also have a moldable Memory Fit shell, narrow 98mm last, and Platinum Liners for a boot that simply won't back down.