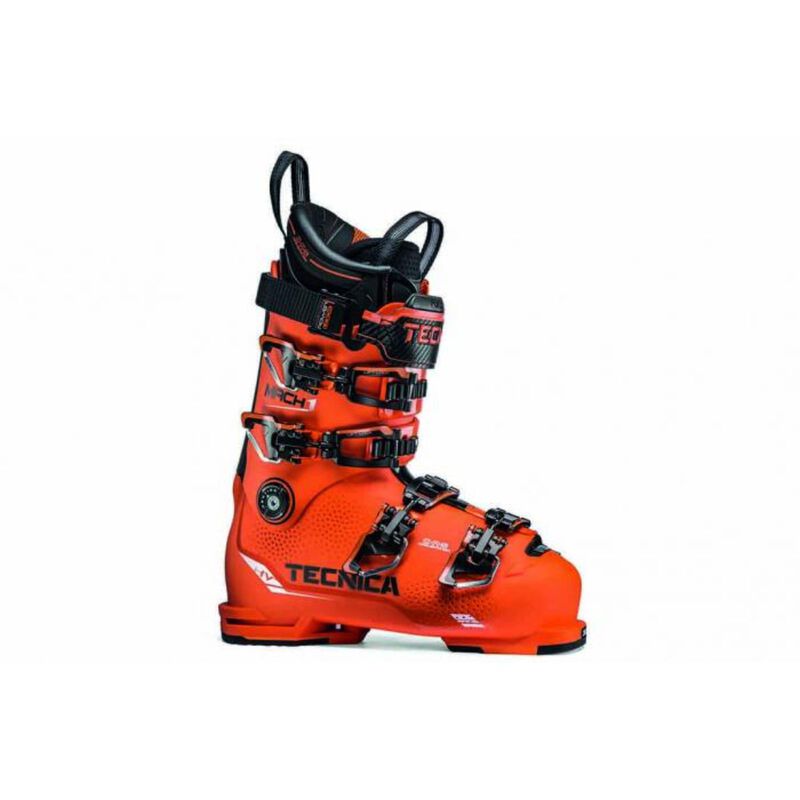 3.5 out of 5 Customer Rating
Share
The link to Tecnica Mach1 HV 130 Ski Boots Mens has been copied
Description

If you are an expert skier looking for the best  when it comes to your ski boots, look no further than the Tecnica Mach1 130. This anatomically designed beast of a ski boot offers impeccable fit and unstoppable performance. The C.A.S. Shell and liner will fit your foot precisely and both can be heat molded to cure any problem fit areas. This model has a 130 flex with a 98mm last which tells us this boot is intended for advanced to expert skiers looking to ski fast and take chances.

The Mach1 HV 130 (and 120) are the "performance wides" of the now two-tiered HV group. The Mach1 HV 130 is distinctly wider and more open through the instep and at the boot cuff than its narrower bro, MV in about the same amount of differentiation as the MV is from the LV, testers said. The Mach1 HV 130 is designed to perform as well as both the other Mach1's and as such has a still-firm feel in the ankle and heel. Testers said this is no bucket, but will make a lot of thick footed rippers very happy. For those looking for a boot where the premium is placed on comfort with some limited trade-off in performance, the Mach Sport HV boots (not tested) may offer a perfect match.

Testers were hopeful that the 103 mm Mach1 would deliver on the performance promises made by virtue of their experiences with the LV and MV Mach1's and they were not disappointed. Test forms were filled with many comments that the line-up had not lost a step in stepping up the volume of fit. Solid, powerful, quick were oft-used terms to describe the HV's descent attitude. Some testers said the flex was a little shy of the 130 mark established by MV and LV.

The Custom Adaptive Shape (C.A.S.) bootfitting features are the same here as they are on all the Mach1 boots for men and women—the C.A.S. shell is dimpled in common fit problem areas to aid with heat stretching and the C.A.S. liner is both heat moldable and grindable. In addition to these helpful fitting tools, the Lift Lock buckles are handy—they stay locked open when pushed to their end stop and the Power Lock power strap hook-in-loop connection sidesteps having to thread the strap webbing through a cam-lock buckle every time.