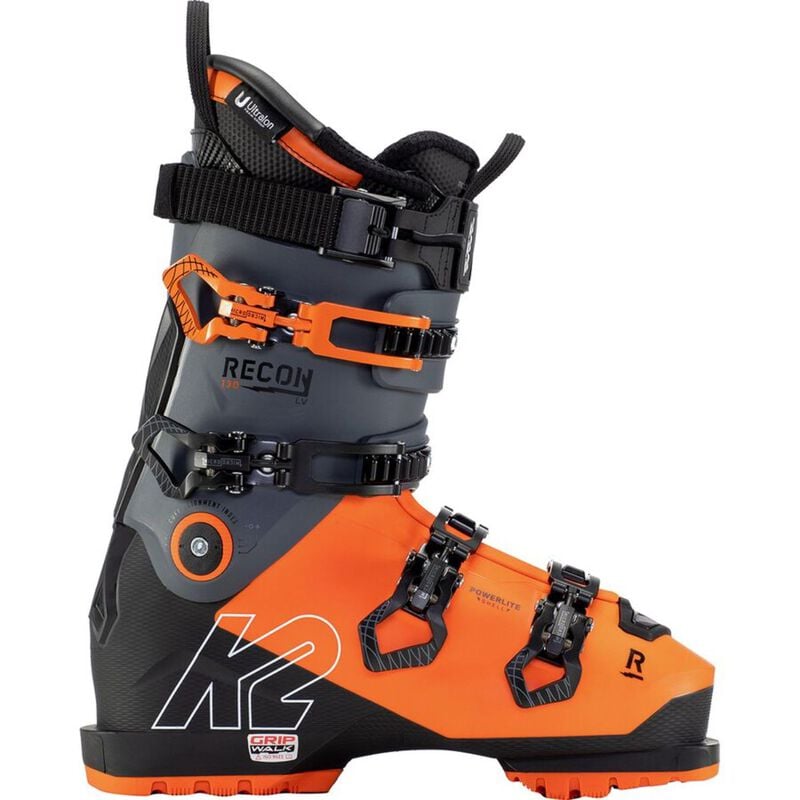 $479.94 (36% off)
Color: NO COLOR
In-Store Availability: Select color and size to see if this is available in-store Do you want to check in-store availability?
Select quantity:
Need help? Check out our buying guide!

3.1 out of 5 Customer Rating
Share
The link to K2 Recon 130 LV Ski Boots Mens has been copied

K2 Recon 130 LV Ski Boots - Mens 20/21: Delivering power and precision at an ultralight 1700g, the Recon 130 is equipped with a heat-moldable shell, aggressive 130 flex rating, our top-of-the-line Powerfit Pro liner, GripWalk outsoles, and Fastfit entry. Proof that added performance doesn’t have to mean added weight, this award-winning boot is back for another year and ready to rally.