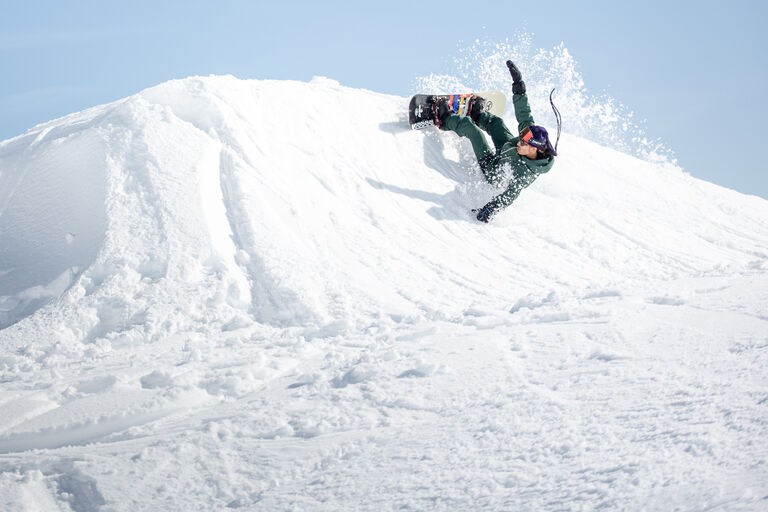 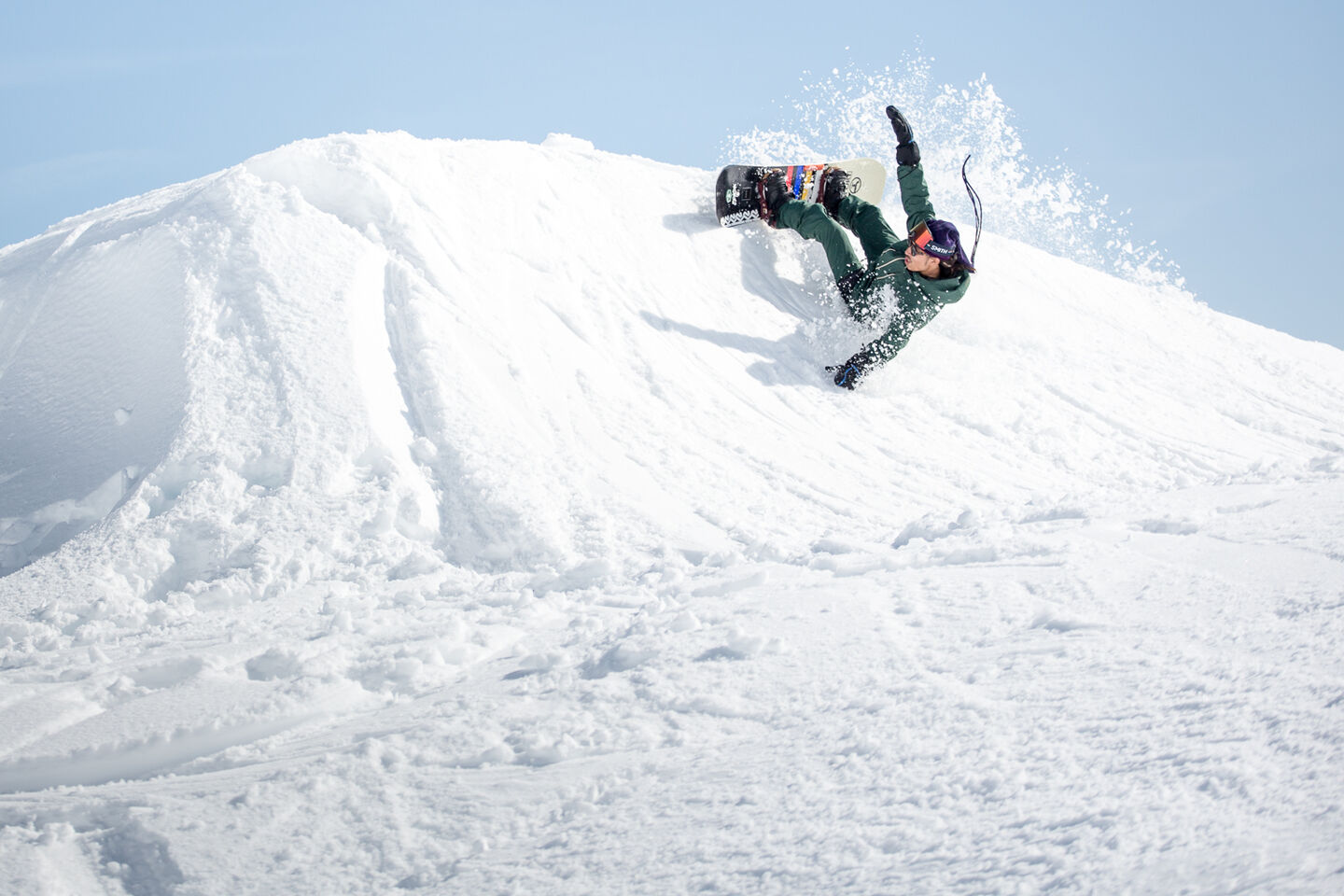 HOW TO CHOOSE THE RIGHT SNOWBOARD BOOTS

Choosing the right snowboarding boots can be tough. This snowboard boot buying guide can help you find the perfect pair. The ideal snowboard boot will keep you comfortable throughout the day while also giving you the amount of control and precision you need. The three main things to consider when purchasing snowboard boots are the fit, the flex, and the lacing system. 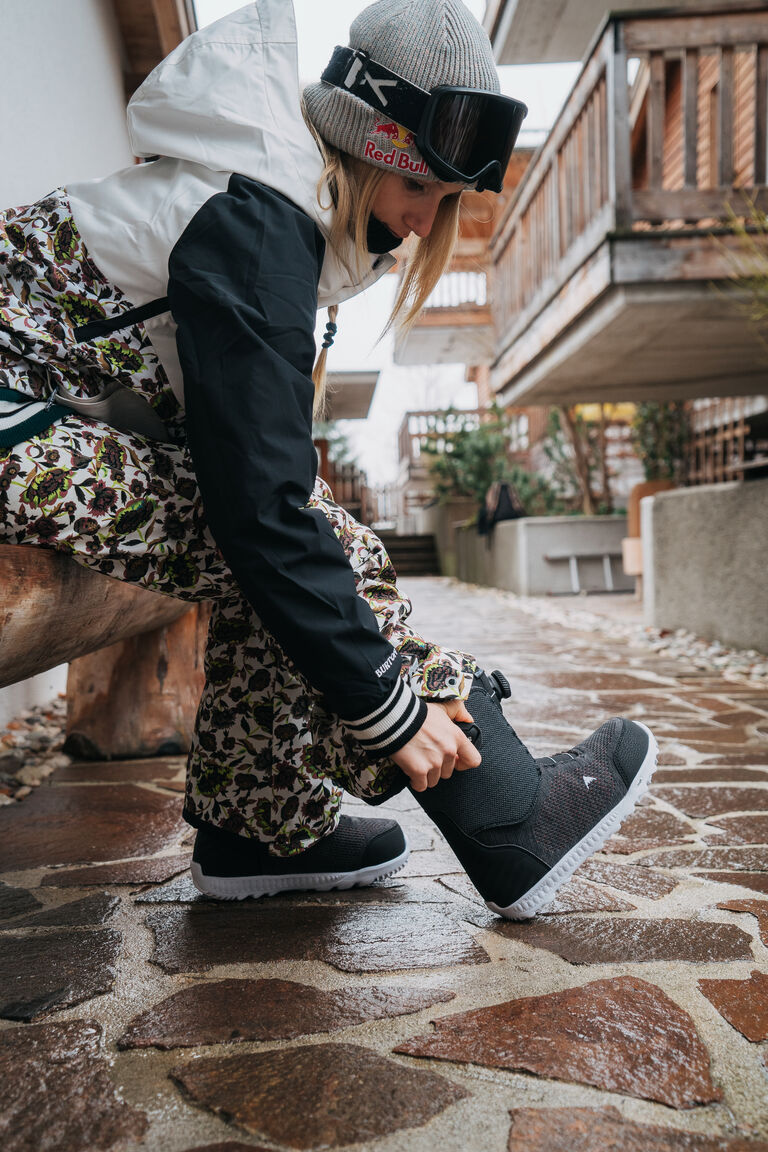 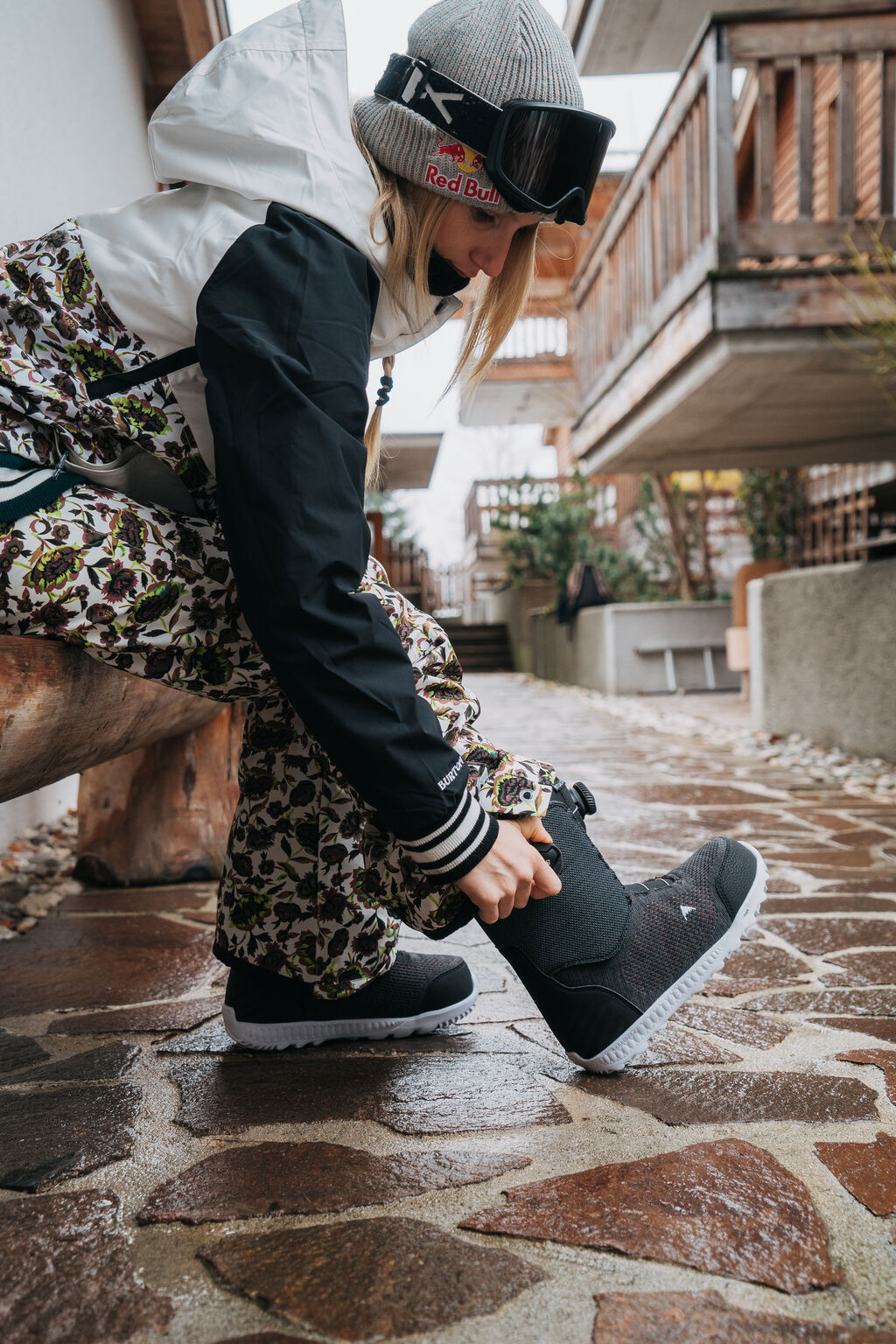 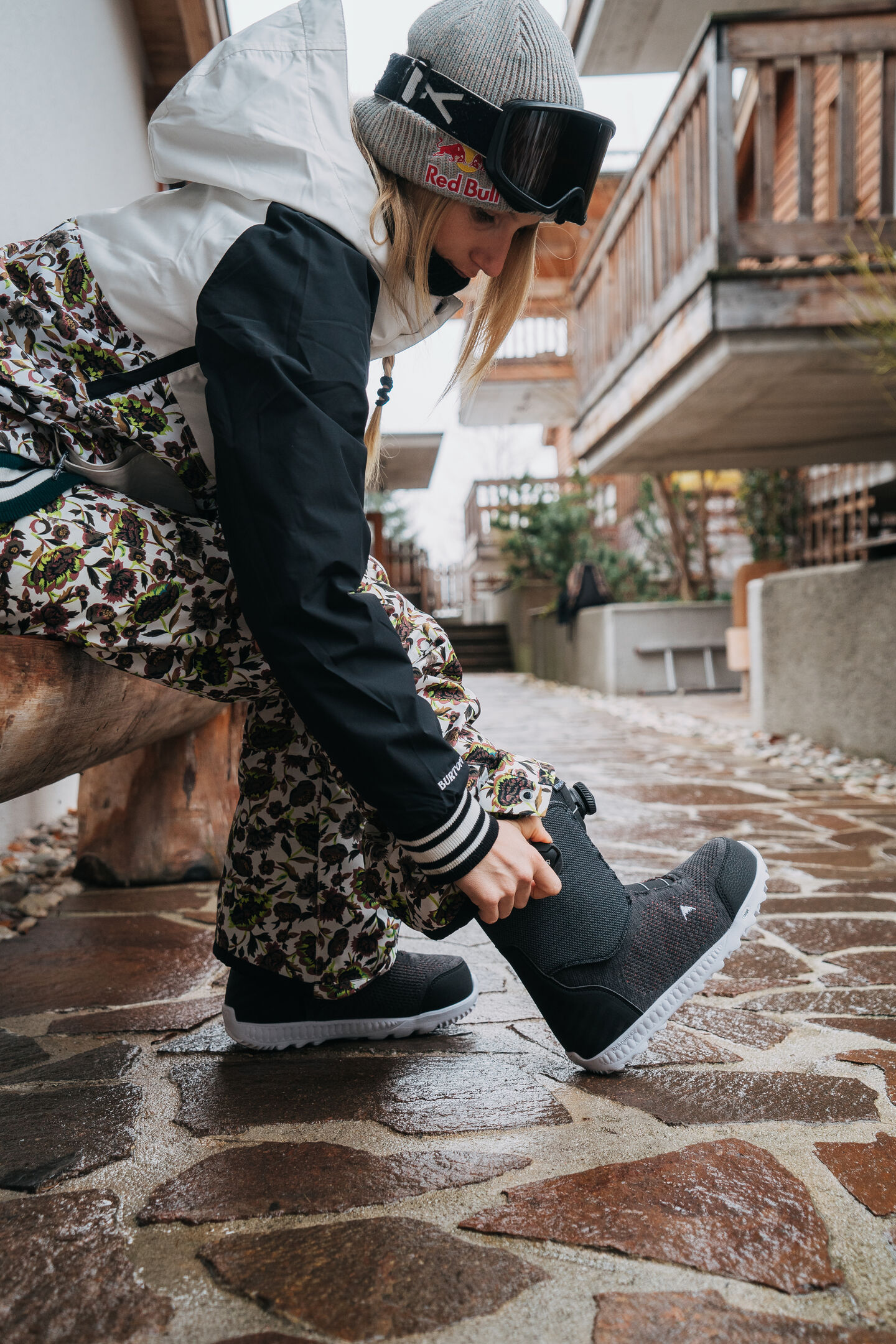 When purchasing snowboard boots, you want to size them with a snug fit that is tighter than normal street shoes. You want to feel your toes touching the end of the boot because this means when riding your heel will stay locked in, your foot will not slide forward, and you will have more control. Also keep in mind that a new pair of boots will break in and pack out considerably, usually growing by a half size in the first season of use. If you purchase boots with a roomy fit out of the box, they will likely be far too loose by the end of the season. We recommend purchasing snowboard boots true to size or even downsizing by a half size. If the fit isn’t perfect, don’t worry. Know that you are protected by Christy Sports’ 365+2 return policy. 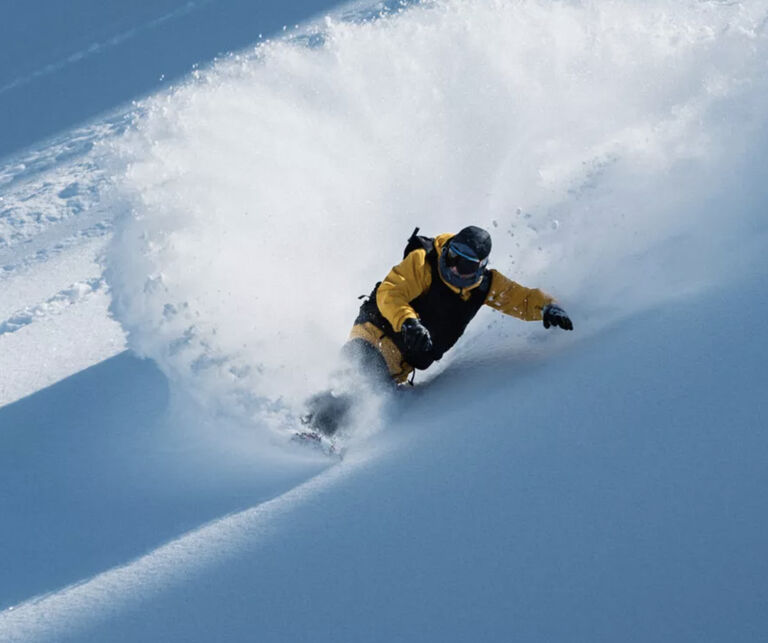 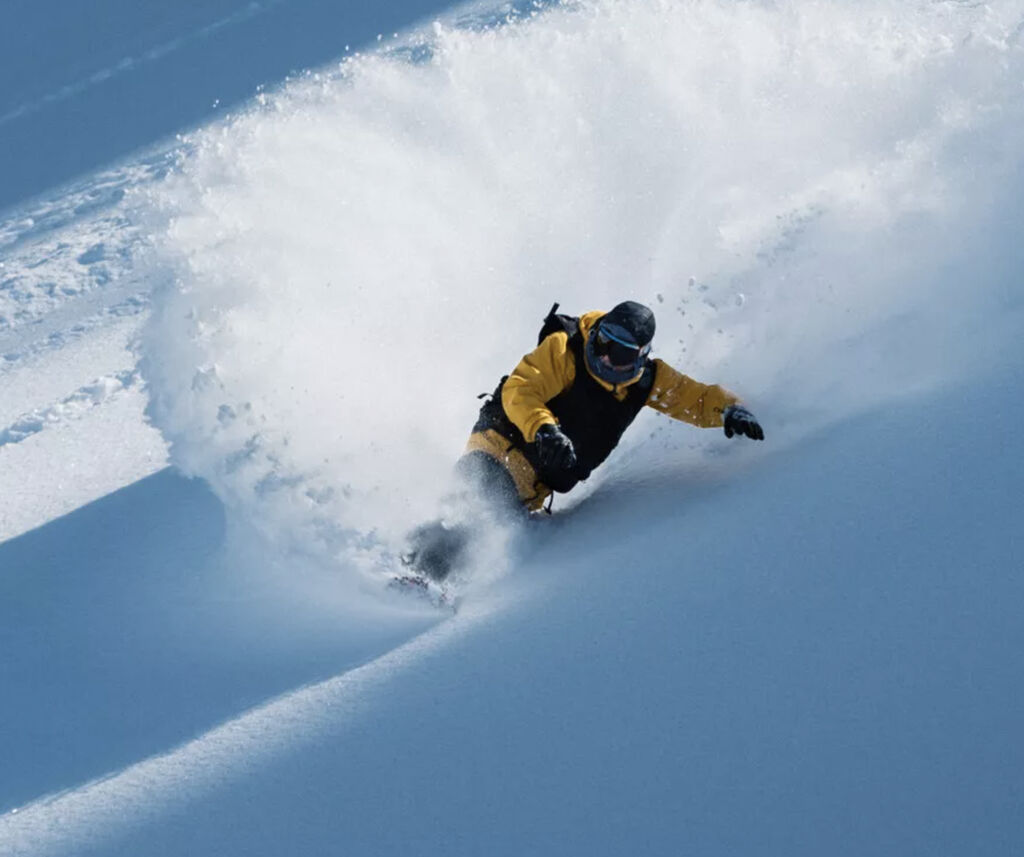 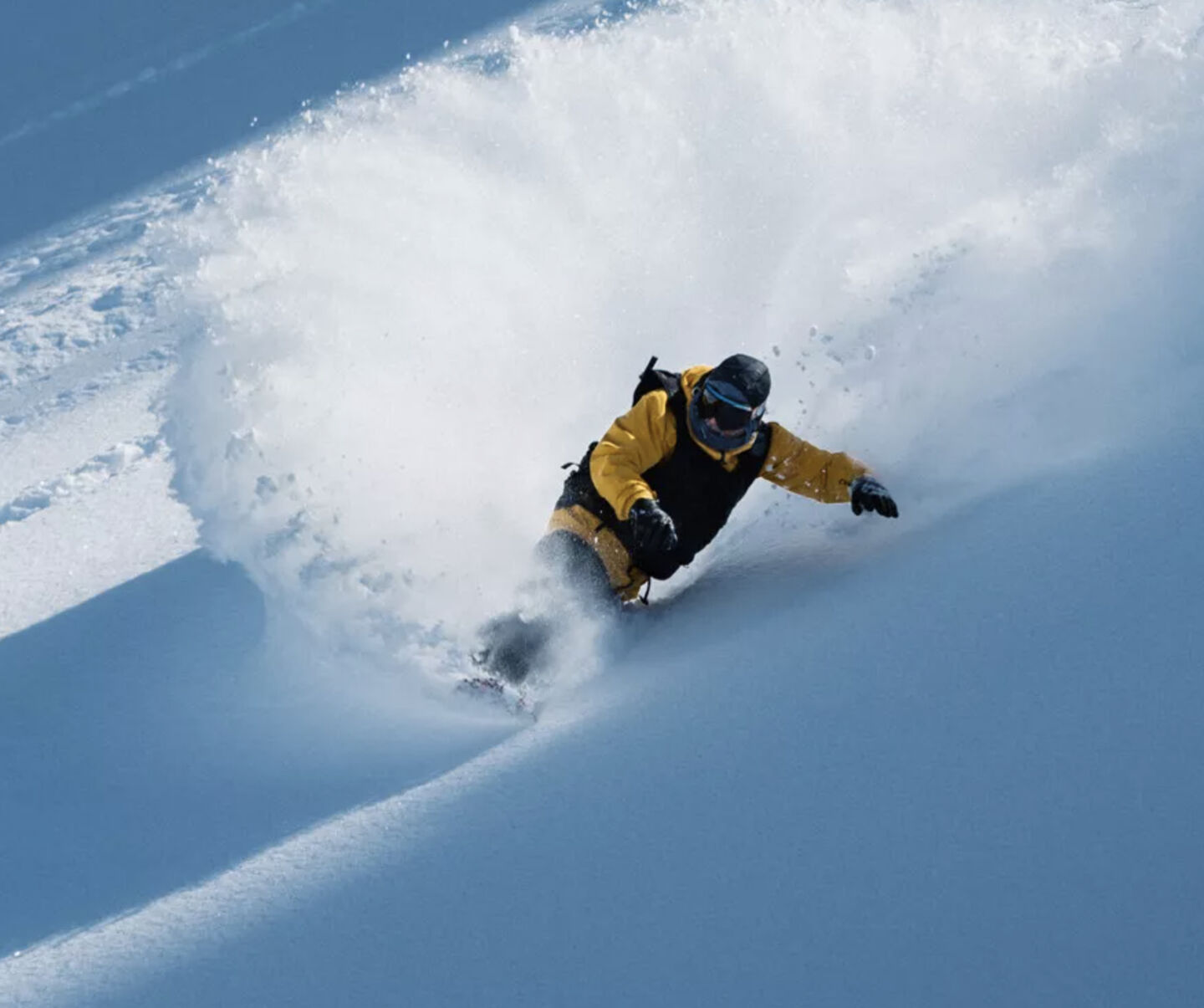 The flex, or stiffness, of the boot is an important factor to keep in mind when purchasing new snowboard boots. The appropriate snowboard boot flex for you is determined by height, weight, and ability level/riding style. A bigger person will need a stiffer-flexing boot relative to their skill level, while a smaller person will need a softer boot. Most brands have their own flex rating scale from 1 to 10, with 10 being the stiffest boot in the lineup. Newer riders will benefit from a softer boot that is more comfortable, forgiving, and will allow them to angulate the board more easily. Stiffer boots will better suit experienced and more aggressive all-mountain riders who desire more control and precision. Freestyle-oriented riders, however, sometimes prefer a softer boot for a more forgiving and playful feel, even if they are very advanced riders. At the end of the day, it’s all about personal preferences. Keep in mind that lower cost, entry-level boots will be softer, while more expensive boots with premium materials and features are usually stiffer.

There are many different snowboard boot lacing systems available on the market today. Some brands like Nitro or K2 offer their own proprietary lacing systems. Other lacing systems are widespread across many makes and models of boots. Most lacing systems can be broken into three main categories: traditional lace, zone/pull lacing, and BOA lacing. Many boots also use a combination of these systems to achieve optimal fit. There are pros and cons to each lacing system and choosing the right one mostly comes down to rider preference.

Traditional lace up boots are the original snowboard lacing system. Many riders still swear by them because of their durability and easy replaceability and because you can precisely direct lace tension across the boot as you tighten them. Traditional laces can also give boots a more forgiving quality, and as such tend to be popular with freestyle riders. Backcountry split boarders often choose lace up boots because they can still be used in a pinch if a lace breaks, whereas a broken BOA lace could potentially be harder to deal with in the backcountry. Putting traditional lace up boots on is more time-consuming than other systems, but some riders say it is worth it to get their fit just right. Many lace up boots now also include elements of other lacing systems, like the internal BOA found on the K2 Ender or Salomon Dialogue Lace.

Zone/Pull lacing boots feel very similar to lace up boots but allow the rider to adjust tension more quickly. Most boots in this style use some sort of pull-tab lace system that can quickly be cinched and locked in place. They usually have multiple lacing zones so that the rider can tension the laces differently in the upper and lower of the boot. Zone lacing has many of the benefits of traditional lace boots but are quicker and easier to use like BOA lace boots. One example of this sort of boot available at Christy Sports is the Nitro TLS family of boots.

BOA lacing is by far the most popular and widespread lacing system used on modern snowboard boots. BOA is a patented dial and lace system that allows users to quickly tighten, adjust, and release tension on their boots. It is simple, easy to use, and very effective. Some BOA boots have two or even three BOA dials so that tension can be changed independently in different zones across the boot. Almost all boot offerings today come in a BOA lacing option, and many only have a BOA lacing option.