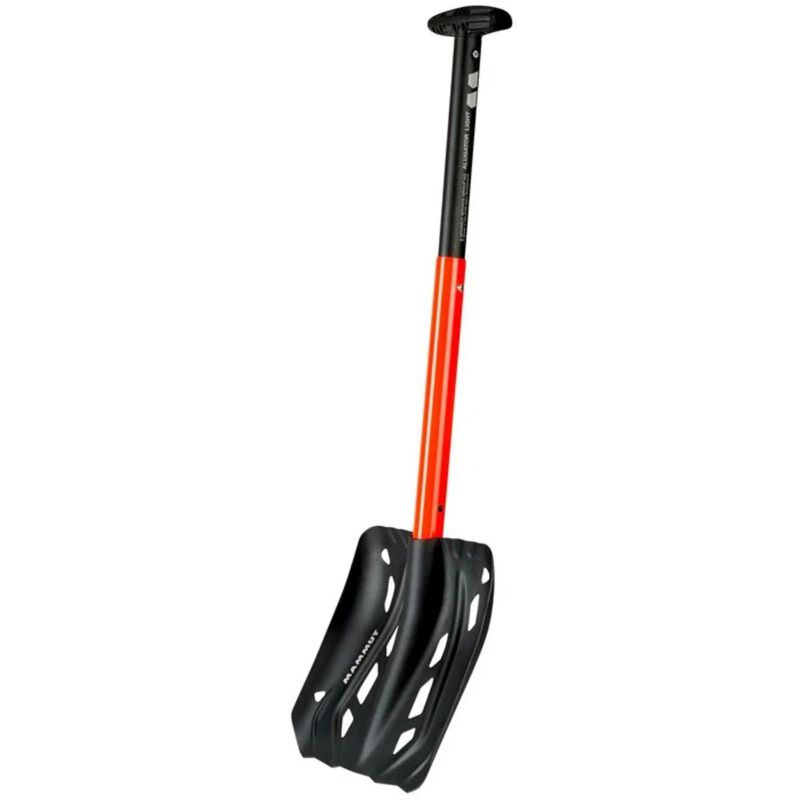 $89.95
Color Selected: ORANGE
In-Store Availability: Select color and size to see if this is available in-store Do you want to check in-store availability?
Select quantity:
3.9 out of 5 Customer Rating
Share
The link to Mammut Alugator Pro Light Shovel has been copied
Description

In the lifetime of an avalanche shovel, how many times will it be used to uncover a buried person? Hopefully, if you take the proper precautions and have a bit of good luck, never. Ideally, this shovel will be used for more mundane tasks, like digging your stuck car out of a snowbank, building a sick jump, or scooping the occasional doggie surprise. However, if misfortune (or poor decision making) does lead to an encounter with the avalanche monster, the Mammut Alugator Pro Light is the shovel you want in hand. With a functional T-hand grip, a sturdy shaft, and a solid and wide blade, you'll be able to move all the snow you need. A flat-backed blade cuts straight and clean snow pits, while the lightweight anodized aluminum Mammut used to make this shovel is light enough for functional backcountry travel. Don't compromise when it comes to your avalanche rescue gear-- solid, functional equipment makes a world of difference when lives are on the line. The Mammut Alugator Pro Light shovel won't let you down, whether you're scooping surprises or performing a real-time rescue.