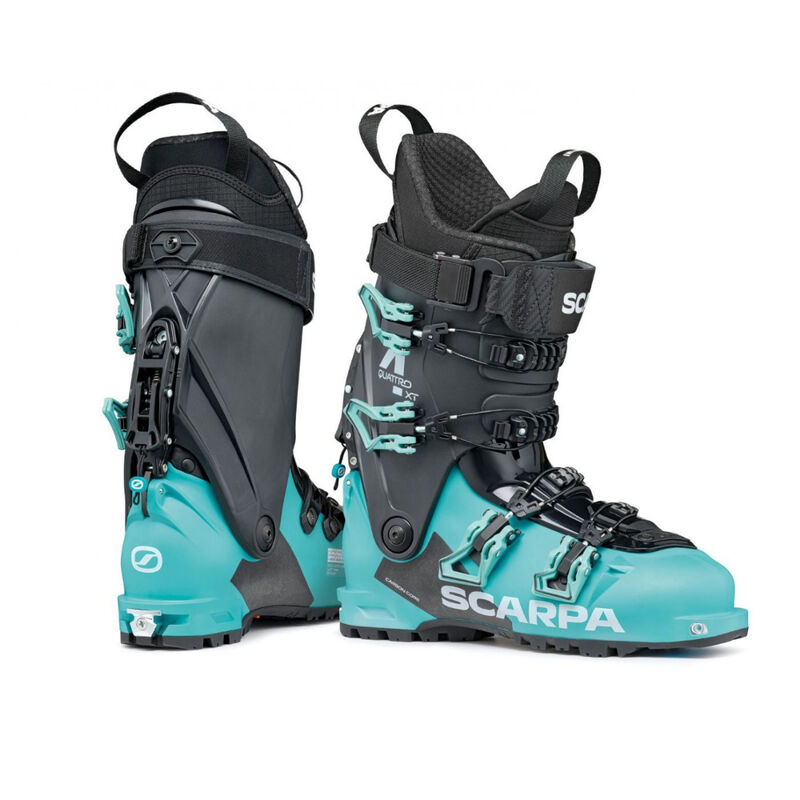 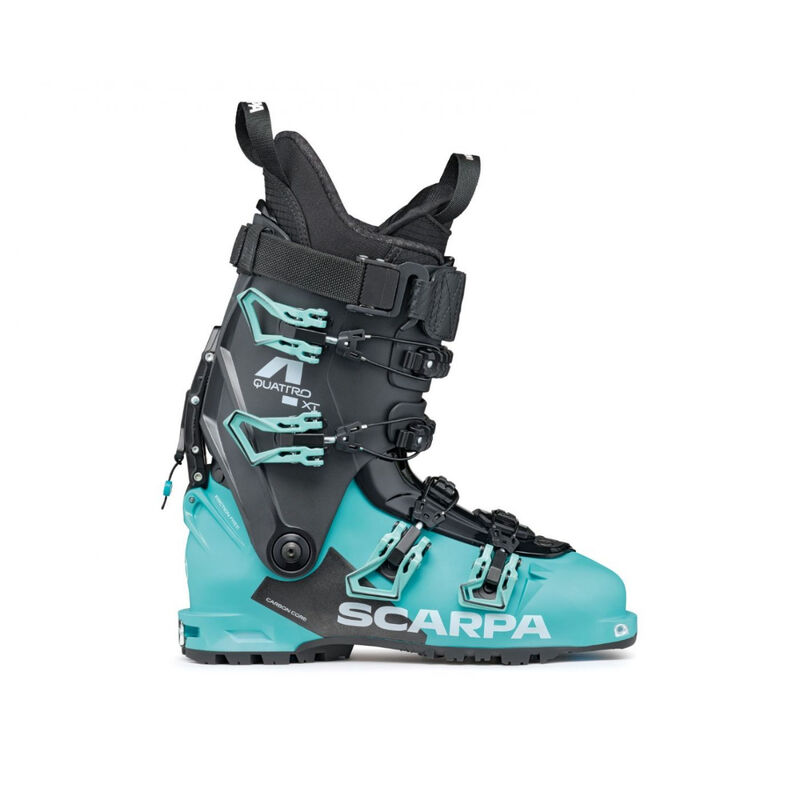 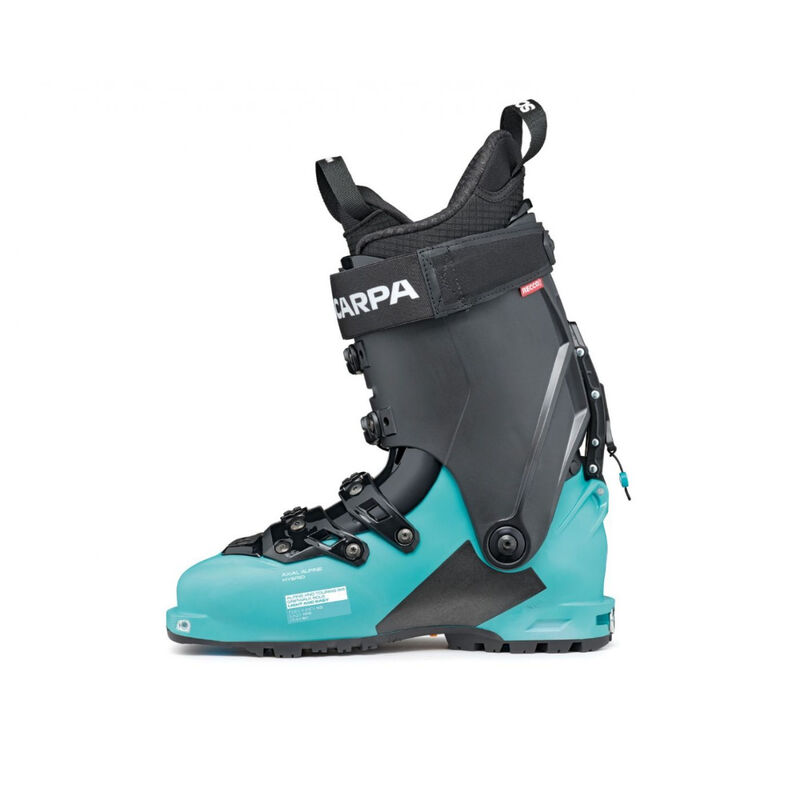 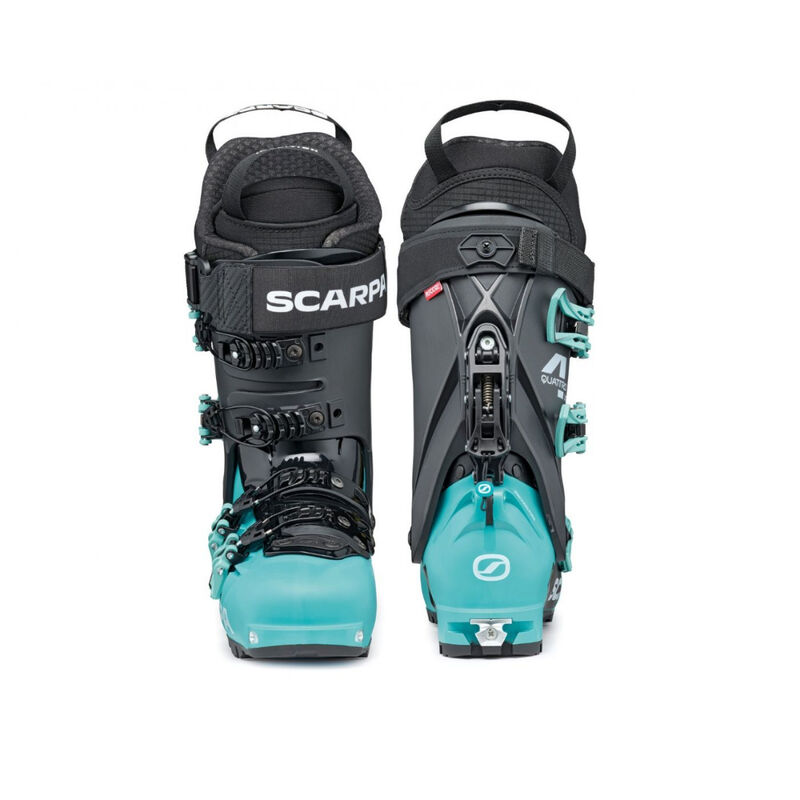 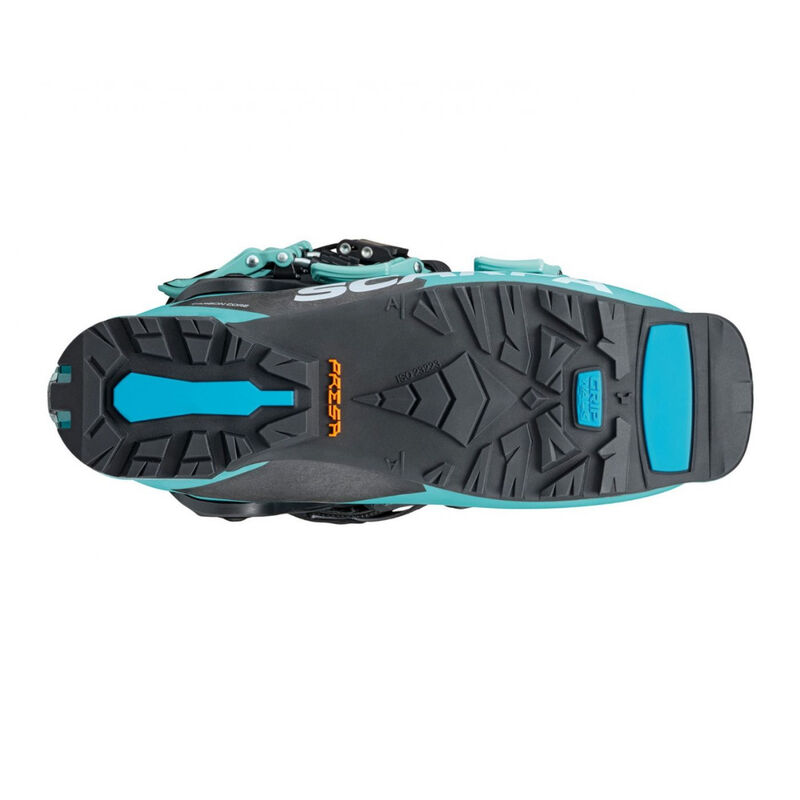 $799.00
Color Selected: TEAL
In-Store Availability: Select color and size to see if this is available in-store Do you want to check in-store availability?
Select quantity:
4.8 out of 5 Customer Rating
Share
The link to Scarpa 4 Quattro XT Ski Boots Womens has been copied
DESCRIPTION

It's no secret that quality ski gear doesn’t come free. Therefore, it’s a welcome occurrence when manufacturers create a, “quiver killer,” or something that can fill multiple roles. When the ski boot whisperers at SCARPA decided to throw their hat into the ring, they knew they needed the guidance of an elite athlete who understood the intricacies of a piste performance boot. Thus started their relationship with Bode Miller, who is one of the most decorated ski racers in the world. The first child of their collaboration is the 4-Quattro. With its ability to be used in a GripWalk binding, stout 130 flex, and 4 buckle construction, the 4-Quattro fills this "quiver killer" role with poise. However, don’t be lulled into thinking the 4-Quattro is a downhill-oriented one-trick pony. It boasts an exceptional 61-degree range of motion and low weight for its class, meaning that even the longest of skin tracks won’t feel too laborious. From carving groomers, side-country laps, or big days in the backcountry, the 4-Quattro is ready for them all.